The Race for Ethnic Recognition 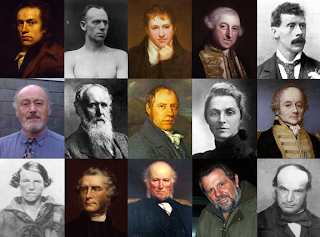 It was claimed recently, by a reader of the West Briton, that there are no such things as Cornish, English, and Welsh etc. races. This assertion was based on an idea that there was lack of demonstrable empirical or quantifiable genetic differences between British and even European people. Individuals, who use this type of stereotypical argument (usually combining it with a demand for a ‘one size fits all’ definition of Cornishness) tend to ignore the broader concept of ethnicity.

I am not sure whether theses people are simply being pedantic in talking about ‘race’ in strictly dictionary defined terms or, more likely, deliberately trying to mislead others by ignoring ethnicity.

While they may be correct in arguing that the empirical differences between European peoples are becoming less discernable, it certainly would not be true to say that ethnicity is also becoming homogenised.

An ethnicity is a group of people whose members identify with each other, through a common heritage, often consisting of a common language, a common culture (often including a shared religion) and an ideology that stresses common ancestry. The key to understanding this is to accept that people can (and do) define themselves as being part of a national group not in just in terms of race but by how they feel about and how they see themselves – their sense of community.

Surely Cornish people can be said to form an ethnic group? Cornwall Unitary Authority would seem to think so. A while ago they began to collect data as a step towards ensuring that Cornish ethnicity is recognised. Over 30% of school children in Cornwall are now recorded as being Cornish as opposed to simply white European.

It is often also implied that people who are proud to declare their ethnicity (whether it is Cornish, English or Kharkheti [Eastern Georgian]) are backward looking or living in the past.

Again, I would take issue with this assumption. The EU has a framework convention for the protection of national minorities. The Westminster government has recognised the existence and importance of national minorities and has signed up to this treaty (although it has so far steadfastly refused to honour all of its commitments under the convention). Unless it is being argued that the EU and the UK government is backward looking then should it not be accepted that to be proud to identify with a particular ethnic group is neither backward looking - nor is it isolationist.

Mebyon Kernow – the Party for Cornwall, believes that all of the people of Cornwall, whatever their ethnicity, deserve a better deal from Westminster. We need politicians that will always put Cornwall first in everything they do rather than use Cornish issues to grab media headlines and create sound bites and then blithely carry on ignoring our problems.

The best way to get a better deal for Cornwall is to develop Cornish identity and culture and to protect it. It is not backward looking to do this – it is very much forward looking. This fact has been recognised recently by businesses in Cornwall which have been looking at how the Cornish identity is good for business.

We need to make sure that decisions that affect Cornwall are taken in Cornwall by people that understand Cornwall. Mebyon Kernow appreciates this and does not believe that the best way to get a better deal for the people of Cornwall is to allow distinct Cornish culture, heritage and language to become assimilated into either an English or generic European identity.

The detractors should acknowledge - as the EU and the UK have done - that the way forward, the modern approach to a globalised world community, is to celebrate differences in cultures and to defend them - rather than homogenise people and lose diversity.

Posted by Stephen Richardson at 00:52