Say NO to supersized LOCAL government - demand a NATIONAL ASSEMBLY! 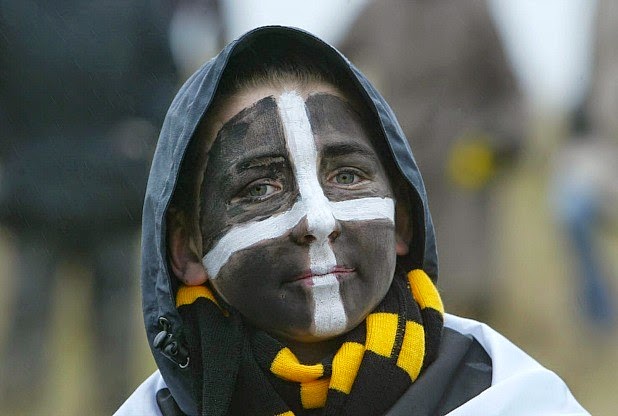 Julia Goldsworthy, the failed MP who's only legacy was a rocking chair expenses scandal, is on the
Westminster electoral comeback trail.

In an attempt to re-ingraciate herself with the electorate (and get back onboard the expenses gravy train with a newly raised salary to boot), she is heading the Lib Dem assault on devolution for Cornwall.

The Lib Dem party, the pick 'n mix party who like to throw any sweetie into the bag that they think may get them elected, are, yet again, re-inventing their policy on devolution.

Like dodgy used car salesmen, they are willing to take the clapped out Cornwall Council, tart it up a bit and add a few gadgets before passing it off as a deluxe new National Assembly. Of course, like any cut and shut, the whole thing will fall apart - probably with tragic consequences.

Cornwall Council is a failed experiment. It is too big and overcentralized to work as democratic and responsive local government and does not have the capacity to handle national problems.

Mebyon Kernow is calling for a true National Assembly for Cornwall.

An assembly which can do away with unelected and politically appointed quangos such as the LEP and tie public spending to public accountability.

An Assembly which can take full controll of our housing and development policies - rather than having Westminster dictate housing numbers to us.

An Assembly which can prioritise spending on our NHS instead of selling it to the highest bidder.

And as part of a new democratic settlement for Cornwall we need local government reform. We need to do away with Cornwall Council altogether and take real local decison-making powers closer to the people through four smaller unitary authorities and by enhancing the powers of towns and parishes.

Mebyon Kernow is the only political party with real vison and ambition for the governance of Cornwall. We have a raft of policies which have been carefully thought through and developed over years. While the Lib Dems gather in the pub and fiddle around with the back of a fag packet we are the only party that has devolution policies that do what they say on the tin.

MaKe The Difference - support our vision, join our party, get involved - tomorrow may be too late and if you don't act now then, like the Scots, you will wake up to the usual broken Westminster pledges.
Posted by Stephen Richardson at 04:55