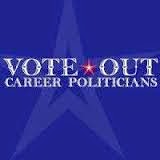 Rob Simmons, good friend, fellow member of MK and MK PPC for St Ives has recently blogged about his pledge to the voters of the St Ives constituency.

The Free Vote Voluntary Recall Alliance has asked that politicians abadon the practice of putting their party before the people they are supposed to represent.

For me one of the worst aspects of Westminster party politicians is that they are generally career minded above all else. Candidates for Labour, the Tories, UKIP and Lib Dems know that if they are elected they are on the first steps of a highly lucrative career path. As well as a very big salary they can claim expenses and, as we have seen recently, can even get other jobs as well as being an MP. If they do a really good job, and vote the way that their party bosses in London tell them, they might look forward to remaining the candidate for their party in the next election to start the process all over again. In the meantime the very loyal party politicos will be rewarded with ministry jobs to supplement their income. After their parliamentary career is done they will walk into highly pais directorships or consultancies - all they have to do is keep their noses clean, not criticise the party and vote as they're told.

As a member of Mebyon Kernow I believe in policies that are designed to put Cornwall first, to make a difference to the lives of people in the Duchy. I am happy to say that I fully support MK's policies and I am standing for election on that basis. If I am elected it will be because people have voted for me knowing what I stand for. But that doesn't mean that I would automatically vote as MK might want me to at Westminster. Each issue, each vote in the Commons is a separate matter and deserves full consideration as to how it would affect constituents in Truro and Falmouth. While I would work to promote MK, because I believe in their ethos, my position as an MP would be outside of that remit and my work as an MP would be to promote the interests of constituents and not the party.

So, like Rob this is my promise to the voters of the Truro & Falmouth Parliamentary constituency:

I , Stephen Richardson, the Mebyon Kernow- the Party for Cornwall candidate standing for election as your Member of Parliament , do herby promise and affirm, that if I am elected to be your Member of the Westminster Parliament  in the General Election on 7th May 2015. I will adopt and act in accordance with the terms of the Free Vote Voluntary Recall Alliance Pledge as published at www.fvvra.org  and I will maintain this, my personal pledge throughout my term as your Member of Parliament”.
Posted by Stephen Richardson at 01:26