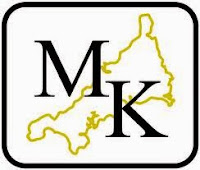 A Case for Cornwall - Does it Stand Up?

Published on 30th March 2015, Cornwall Council’ ‘A case for Cornwall’ purports to be:

“… a package of bold measures which support Cornwall Council’s new strategy to create a prosperous Cornwall that is more resilient and resourceful. “
However, we think, it is just a cap-in-hand begging bowl held out to central Westminster Government. An obsequious attempt to touch up the powers that be in London for piecemeal devolution to a local government Authority. An Authority perceived by many of the people that it is supposed to serve as a failure. Some would say that more powers to Cornwall Council is a bad mistake claiming that the Authority is already over-centralised, too big and nigh on impossible to hold democratically accountable to the people of Cornwall.

The Unitary Authority in Cornwall is perceived by many as being a poor vehicle to deliver public services in Cornwall. Surely what is needed is local government which is more accountable to local residents - not less. Unfortunately ‘A Case for Cornwall’ promotes the further and extended dependence on ‘arms length bodies’ and multi-national companies - none of which will be available to be questioned by the Cornish public. The plan seems to be to mitigate the financial burdens placed on Cornwall Council by selling off the Authority’s responsibilities to the highest bidder. We would argue that such action will reinforce the perceived failure of Cornwall Council as decisions affecting people in Bodmin or Bude, Penzance or Penstraze are moved ever further away from Cornish communities.

The Truro and Falmouth constituency party of Mebyon Kernow - The Party for Cornwall argues that a legislative Cornish Assembly (similar to the Scottish Parliament) is required to bring strategic government and decision making home to Cornwall. We need to reform local government and do away with the single Unitary Authority in favour of four smaller authorities which would be closer to the communities that local government is supposed to serve.

If you would like more information on how we will be truly ‘Standing Up For Cornwall’ then please contact me at starichardson@btinternet.com. Join us in the fight to bring ethical government home to Cornwall and closer to the people.

Posted by Stephen Richardson at 02:37