The Silence is Deafening 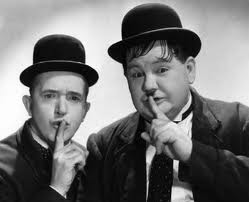 Loathe as I am (not!) to keep going on about Cllr Dr Loveday Jenkin's spectacular win for MK the other day, I feel I have to say that I think that some of the most telling comments are those that have not been made.

For example, when Jude Robinson won for Labour in Camborne North there were loads of news stories and even TV and radio features. This time round, however, almost nothing - even from Cornwall's own, Graham Smith (maybe he's on holiday). Perhaps it was the fact that Jude is the only and first Labour representative at Unitary level that made her election such a special occurrence that warranted the (proportionate) media hype that accompanied it?

When Loveday was elected she became the fifth MK Cornwall Councillor - five members - a bit old hat now I suppose - and not so newsworthy. I mean I'd hate to think that the BBC and establishment media could be in any way biased.

Then again, unless I have missed it, the Tories seem to have gone deathly quiet. Perhaps they are still shocked that they didn't win a seat that seemed to be there for the taking. After all they were in 3rd place back in 2009 and this time around, while there was MK and two other supposedly left of centre parties standing, there was no UKIP candidate to drag their vote down. So how come the Tories still ended up third? (... and worse still for them, I'm sure, behind the Lib Dems). I imagine that Alec Robertson and his team of bloggers and tweeters are too busy occupied worrying about what will happen if they take the government up on the offer to subsidise council tax payments to try and spin the MK triumph in Wendron as a Conservative moral victory.

It's also strange that Jude Robinson hasn't produced yet another spreadsheet that shows how Labour are making a strong comeback in Cornwall. I suspect the last few election results have rather dented her statistics - is she holed up in an office somewhere working out how to justify leaving out the last few results from her mathematical calculations?

MK isn't about to start making wild claims about taking control of the Unitary Authority in 2013. To put things in perspective Loveday was an exceptional candidate, well respected and known for her hard work in the area. If we had lost then then we would have had to re-evaluate a great many assumptions and policy foundations. As it is Loveday won and this was on the back of an excellent conference and several other encouaraging events in November discussed by Rob Simmons here. So no extravagant claims and spin from MK - just a promise of a positive outlook and hard work developing policies that will put Cornwall, and her people first, from Parish ward to Westminster constituency.
Posted by Stephen Richardson at 06:11