Is the ability to make a profit a material planning consideration? 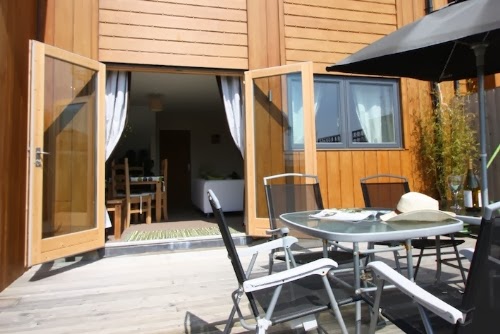 Thankfully Cornwall Council planners supported Falmouth Town Council and refused an application to remove a Section 106 clause which prevents year round occupation of holiday lets at Goldenbank in Falmouth.

The application asked for the restriction to be removed because:

"the restriction has limited the units’ marketability and that the targeted occupancy has never been attained in more than four years."

So does this mean that making a profit is a material planning consideration?

I have seen this type of application before. A developer has failed to come up with a viable business so it's back to the planners to have restrictions removed.

If there was a good reason for the restriction in the first place then there shouldn't be any going back on it just because a company is failing to make a profit.

If making a profit is going to become a material planning consideration then perhaps developers should do their homework better before their original application. Time after time you see amazing reports setting out how allowing a development will bring jobs and economic benefit for a neighbourhood. Time after time the reports are wrong.

A cynic might say that it's all a game that developers play. Overegg the benefits early on and then whinge when they don't appear so that you can get what you wanted in the first place.

We need a strong planning policy based on what is best for Cornwall. This will only ever have a chance to happen if we get a Cornish Assembly.
Posted by Stephen Richardson at 00:47