Cllr Jade Farrington has had the bare faced cheek to claim on Twitter that the Lib Dems stopped Devonwall constituencies.

What a load of nonsense - it just goes to show how far the Cornish Lib Dems are prepared to go not to allow the truth to get in the way of a good bit of propaganda.

You may remember the controversy a year or two back because the Tories and Lib Dems had plans to do away with Cornwall's historic border and introduce a Devonwall constituency.

A few amendments were proposed which had no chance of succeeding  because Lib Dem bosses in London did not support them (although they were prepared to support the Isle of Wight).

In fact Cornish Lib Dems voted for the legislation which would create the Devonwall seat on several occasions as the Bill passed through the legislative process. The Bill was only scuppered because the Lib Dems felt that the Tories had betrayed them on House of Lords reform.

The Liberal Democrats, including Cornish Lib Dem MPs, were quite content to vote in favour of a Devonwall seat right up to the point when the party threw its toys out of its collective pram and voted against its own Bill.

So it might be true that the Lib Dems stopped Devonwall - but this was just a (fortunate for Cornwall) by-product of a teasy tantrum from the Pick 'n Mix Party - famous for a complete lack of principle, apart from doing whatever it takes to get elected. 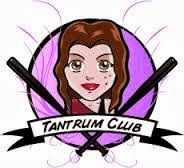 Posted by Stephen Richardson at 07:18