The Pick & Mix Party at it Again 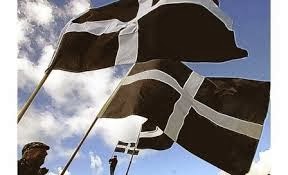 Apparently the Lib Dems are going to be asked whether or not their party supports the idea of a Cornish Assembly at their Spring Conference.

There's no more detail than that - just a broad principle of support for a national legislative assembly that would be more than an enhancement of local government.

It will be very interesting to see what happens.

In Cornwall, Lib Dems (some of whom quite probably genuinely believe that a Cornish Assembly would be a good thing) are often embarrassed when their party bosses in London play down and rubbish the concept of Cornwall as a nation.

Nick Clegg clearly doesn't have a clue about Cornwall. Lib Dem MPs all toed the party line and voted to do away with Cornish only Westminster constituencies right up to the point when the party threw its collective toys out of its pram because the Tories reneged on a deal to reform the House of Lords. What is good for Cornwall doesn't necessarily go down well in Westmister.

So, as Andy Long said, we welcome this latest conversion. We believe that a Cornish Assembly is good for Cornwall - always have and always will - and we welcome support from anyone that wishes to acknowledge the fundamental common sense of our policies. The questuion is - do the Pick & Mix Party really believe the same - or do they just believe that it might be a good vote winner?
Posted by Stephen Richardson at 07:38