Capping welfare - true blue Tory ideology. So why does Labour support it? 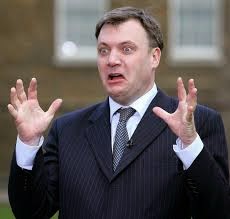 One of the measures announced in the recent budget was an arbitrary cap on supporting those most in need in society. An idea that sits comfotably in the right wing Tory/UKIP camp - but why are Labour so keen?

The problem is that, in order to continue to fuel the favourite Tory pastime of consolidating the ever growing difference between the haves and have nots, money has to be found for tax cuts (most of the state's assets having already been sold to the highest bidder).

Simply freezing the welfare budget is the natural continuation of government avoiding root causes. Instead of dealing with issues lazy government simply throws its hands up in the air, shrugs its shoulders and walks away - leaving who knows what social problems in its wake.

So why is Ed Balls keen on following through with the Tory promise?

I expect that it's because he hopes that if he ever gets into number 11 then the economic cycle will be heading back to growth and the welfare budget will decrease naturally, all by itself.

So there you have it - Labour (red Tories) gambling with peoples lives just to avoid being called 'soft' on benefits.

With this sort of lack of principle Labour will soon be challenging the Lib Dems as the party for whom presentation is more important than substance.

We need to look at other ways of balancing budgets and creating a better balanced economy.
Posted by Stephen Richardson at 13:00