Illogan Parish Council to Get a New Office 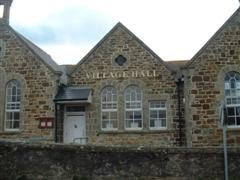 There was an Illogan Parish Council meeting tonight.

The council approved various decisions related to the construction of a parish office. At the moment the Illogan Parish Council (with an annual budget in excess of £100,000 pa) operates literally from a shed at the bottom of a garden. The new parish office will be part of an Illogan ‘hub’ project which, as well as providing a modern and utilitarian home for the parish council, will develop the existing facilities at the Illogan Village Hall providing more storage space and an enhanced main hall.

The Parish Plan process is now also complete. A final public consultation has been scheduled before publication in the next few months. The plan is the result of a lot of hard work put in by a working party of volunteers from the community. Once formally adopted and published it will provide a structure for policy decisions relating to community development over the coming years.

I am also pleased to report that the council are prepared to support the principle of openness and transparency in local government. In certain situations the council has the power to exclude the public and press from the decision making process. A complaint had been received concerning the way the council conducted its business at a recent planning meeting. Before the complaint was considered by the council an item on the agenda asked the council to resolve to exclude members of the press and public. This resolution was not passed and the complaint was dealt with in open session.

Posted by Stephen Richardson at 14:20 No comments: 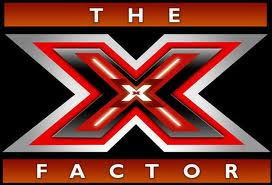 George Eustice would have us believe that the AV system of voting is extremely complex. In fact all you have to do is rank the candidates in your order of preference, from one to however many candidates there are. It’s really not rocket science is it? Once the voter has done this then the result is determined in the same way as the X-Factor unfolds – except it happens in one count except over several weeks.

This is what happens with AV.

As the least popular candidate gets booted out of the election so the votes that he or she got get distributed to the next favourite candidate on the list.

It’s as simple as that!

George will also tell you that AV is very unfair because some people get to vote more than once.

This is also a complete load of nonsense.

Now George Eustice, of course, knows all of this so why is he so set against AV and why does he come up with such blatantly misleading and scaremongering untruths?

Perhaps it might be that Mr Eustice is very afraid that, being a Tory, no-one is going to give him a second or third preference. The Tories usually have a strong core of voters that go out to vote come rain or shine – but not many others would normally consider voting for the Conservatives. This means that as the lowest ranked candidates get kicked off the show so anyone but the Conservative candidate is likely to pick up the next round of voting preferences.

George might start off with 35% of the vote but that percentage is likely to decrease as the result is calculated, and by the final round he has only a slim chance of winning. 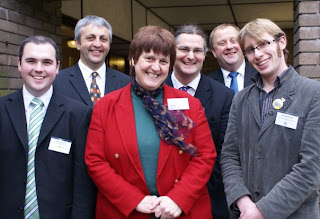 Local government and local democracy are extremely important in Cornwall. Cornwall Council and town and parish councils make many decisions that have a huge impact on the day to day life of the people of Cornwall.

In 2009, following the local elections in Cornwall, Mebyon Kernow – The Party for Cornwall, had seven seats on Cornwall Council or Town/Parish Councils across the Camborne district.

Over the last two years, after many hard fought by-election election campaigns, this number has increased dramatically and now stands at thirteen – and we would very much like to increase this number further.

There are many people out in the local community who have a great passion for the good of Cornwall – please come and help us make Cornwall a better place to live, work and enjoy family life. Local councils need people who are able to commit time and energy to the community to make continuous improvements.

I would ask how many people would like to make a difference to public life and believe that Cornwall can and should get a better deal. Anyone who does should come and join us.

Posted by Stephen Richardson at 07:12 No comments: