At the full council IPC meeting last week, councillors voted to offer support to Chacewater Parish Council who have recently raised concerns about the way that Cornwall Council operates.

The full text of the Chacewater Parish Council letter can be found here.

CPC is concerned that Cornwall Council is becoming less democratic and more authoritarian. It is worried about inappropriate development, Newquay Airport and a total lack of cost benefits that might have been expected to be derived from operating as a unitary authority.

It was interesting to see that the only councillor to vote against support for CPC was our newly elected Cornwall Councillor, David Ekkinsmyth. Although he did not speak in the debate he voted against a motion of support for CPC.

You have to wonder if this is the first sign of party politics from our new Liberal Democrat councillor - not wanting to be seen to be critical of his new bosses in Truro who are in turn responsible to their bosses in London.

So much for keeping party politics out of parish matters and so much for the Lib Dem 'principles' of devolution and extending powers to the most appropriate level!
Posted by Stephen Richardson at 04:55 No comments:

Despite the dire weather warnings Illogan was bathed in sunshine for its annual Parish Fair.

This year the fair was organised on a multi-site basis - drawing together the school, village hall, Wellbeing Centre and church. Stalls and events were held throughout the display areas and the locations merged into one thriving hub of happy and smiling villagers.

Illogan Parish Cuncil conducted a treasure hunt for children - encouraging them to visit each and every stall or display - while the adults were asked to give their views on how Illogan Park should be best utilised when it is finally signed over to IPC.

A great day out - many thanks and congratulations to the organising committee who have done yet another sterling job.
Posted by Stephen Richardson at 01:07 No comments: 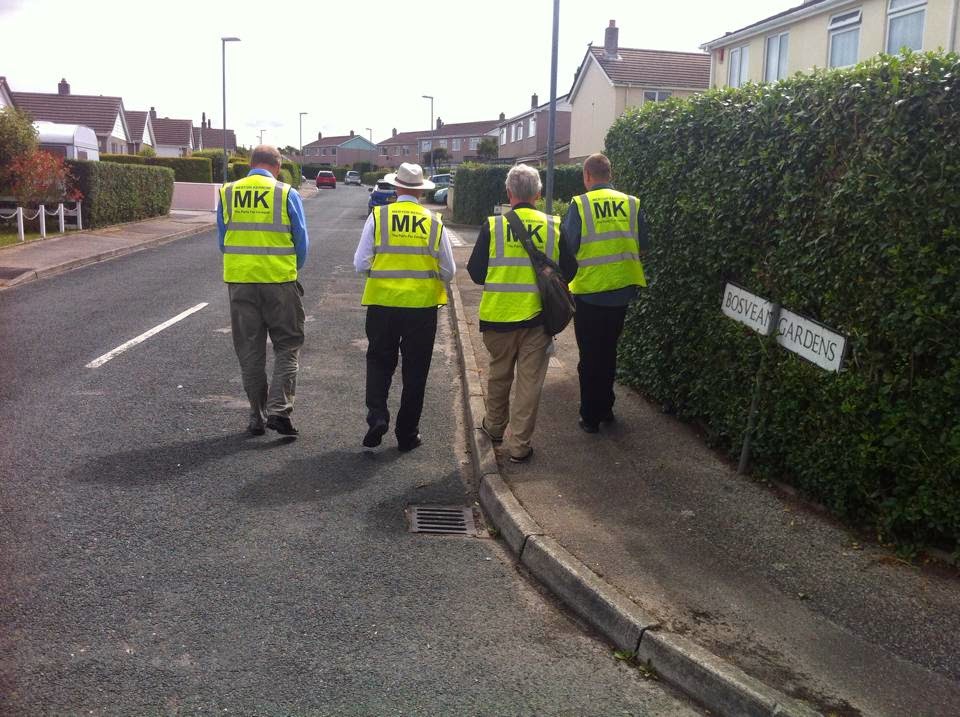 Though I am not able to say that I have woken up this morning as a new MK Cornwall Councillor, every cloud has a silver lining. Looking at the bathroom scales this morning I find that I have lost over a stone in weight over the time of the campaign. A successful diet plan - but not one that I would necessarily reccommend!
Posted by Stephen Richardson at 06:51 No comments: