The ground has been hit running!

It's official - the Illogan by-election will be decided on 10th July.

Many thanks to everyone that has helped to get my campaign off to a great start. Already we have delivered nearly 1000 leaflets.

My campaign team have solid well thought plans for different aspects of the campaign and I am confident that, whatever the result, I will be able to look back and know that everything that we could have done had been done.

If you live in Illogan then I hope to see you soon on the doorstep.

If you would like to help with the campaign please get in touch.

If you would be able to display a poster or a sign board please get in touch.

If you would like to be part of a winning team - please get in touch!
Posted by Stephen Richardson at 13:22 No comments:

Now the Euro elections are done the notice of a vacancy in Illogan has been published.

Projected election date - 10th July give or take a week.

Looking forward to a positive and informative campaign.
Posted by Stephen Richardson at 03:21 No comments:

Many thanks to Oli and Alex, the team leaders organising the FXU 'MP Grill' yesterday.

It was the first time that I had ever took part in anything like this so I was rather lacking in confidence and somewhat hesitant to start.

I learned a lot however and was beginning to relax and enjoy the experience by the end.

It seems that sometimes it is hard to pin the shortcomings of the Westminster parties on to their local representatives. We appear to have local Westminster representatives who would often do things differently and make different personal choices on several issues if it was up to them.

If you stand as a candidate for a London based party shouldn't you take responsibility for the rough as well as the smooth. It seems that in Cornwall you don't have to. You can attempt to take credit for any popular, caring policies while blaming the unpopular on others or just saying 'Well of course I wouldn't choose to do that'.
Posted by Stephen Richardson at 03:08 No comments:

When I want your opinion I will tell you what it is!

The title of this blog is a put down that my wife often uses on me.

I was rminded of it - in reverse - reading the latest Lib Dem 'news' leaflet going around Illogan at the moment.

Apparently a local councillor, Terry Wilkins, has resigned due to claiming to having an MBE when he didn't and because he lied about earning a degree with the Open University.

As far as I am concerned this behaviour is clearly wrong - and I am quite prepared to say so.

However, our local Lib Dems aren't quite so sure. In fact they have no idea and, so it would seem, no moral compass either. In their leaflet they ask the piublic to contact them and let them know what to think about Mr Wilkins' behaviour.

No leadership there then - just a cynical attempt to guage public opinion before making any committment to a party stance.

Come on Lib Dems - use your literature to tell us what you think - what you believe in - what your core principles are.

Instead it's just: "When we want to have an opinion we will ask you what it is."
Posted by Stephen Richardson at 00:58 No comments: 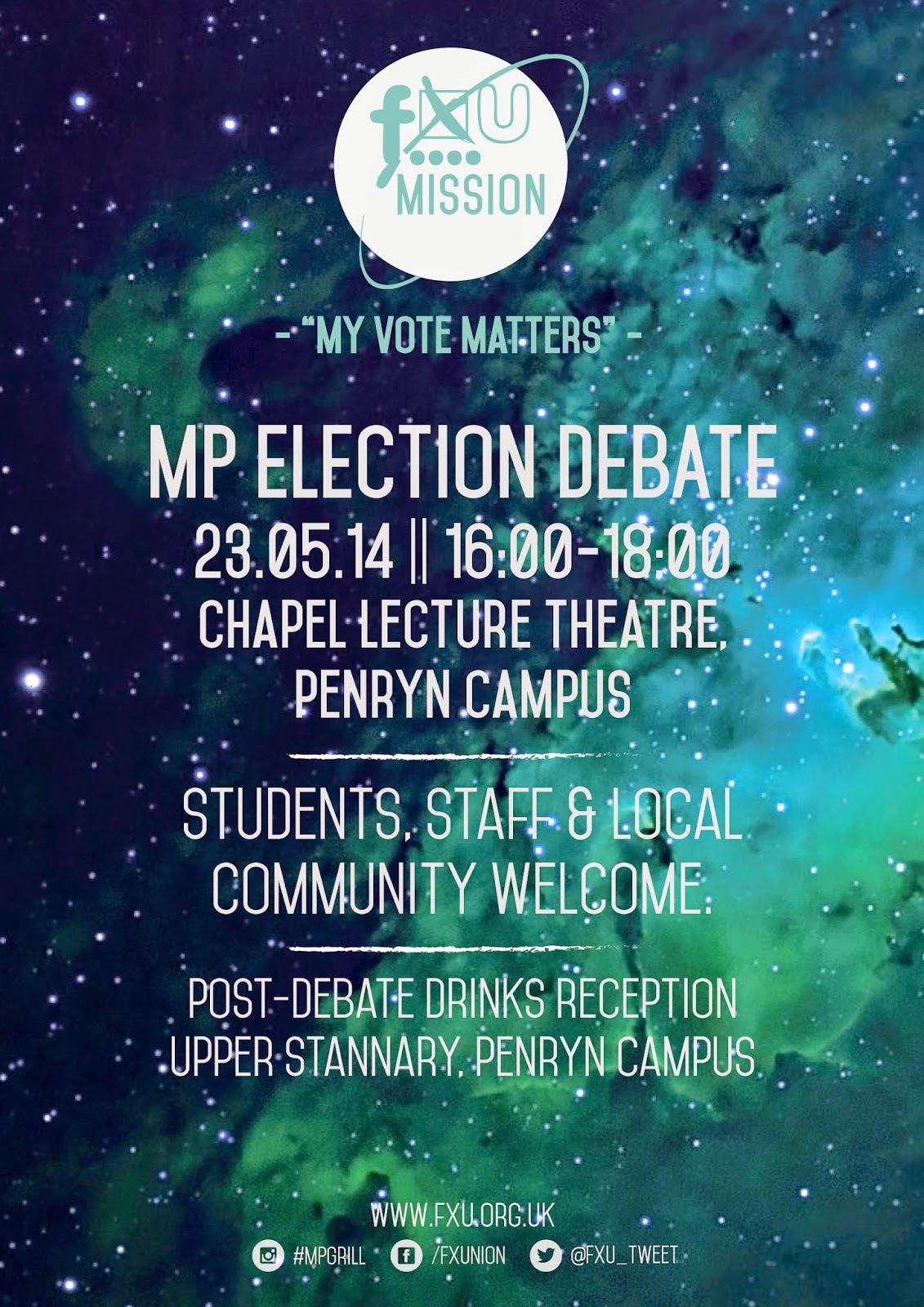 I will be attending a debate featuring the prospective candidates for the Truro and Falmouth
parliamentary constituency on Friday May 23rd.

The event is open to the public and will start at 4:00pm at the Chapel Lecture Theatre, Penryn Campus.

The debate will last for 2 hours with the first hour allocated to questions received before the event. The second hour will address questions from the audience.

The rules of the debate feature a 'cheap shot' rule - which will see time penalties for candidates who are deemed to have taken a cheap shot at a fellow candidate, either on a personal or political party level. I'm looking forward to this - it should add a bit of fun and humour to the proceedings!
Posted by Stephen Richardson at 06:16 No comments: 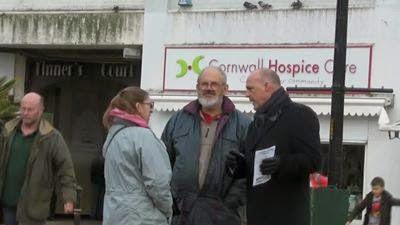 I have been formally adopted as the MK candidate for the forthcoming Illogan, Cornwall Council
by-election.

I hope to do myself and the party proud and I intend to run a very positive and proactive campaign.

Right now I need your help!

Please get in touch if you would be able to help in any way with my campaign.

I will need help with administration and paperwork as well as canvassing, leafleting, displaying posters and funding the campaign. If you can help in any way to raise MK's profile in what may well be a high profile election then please get in touch.
Posted by Stephen Richardson at 05:16 No comments:

I am grateful to the Wessex Regioanilst blog for some indication of how the UK govt has suddenly been able to recognise the Cornish as a national minority when hitherto they had steadfastly refused to do this.

There has rightly been much celebration in Cornwall for a seeming victory in the long term campaign for recogonition under the FCPNM.

Have Your Views on Development in Illogan Enshrined in Law!

Fed up with inappropriate housing development in Illogan? Then join the Neighbourhood Development
Plan team on Thursday 26th June.

Illogan Parish Council will be joining forces with local residents to develop a development plan for Illogan – a plan which will become enshrined in law. Having a Neighbourhood Development Plan is the only way that local opinions can be given the full force of planning law. This means that it is vital to have a plan in place if we are to have any real say in how our parish is taken forward over the next fifteen years or so.

The process of developing the plan will take around twelve to eighteen months and members of the team will need to meet every few months to steer the work forward. It would be particularly useful if local people with development related skills such as knowledge of planning law, architecture or local history etc. could come forward to join the team. However, it is important to note that no experience of any kind is necessary – the important thing is to have a passion for protecting and enhancing our villages and hamlets within the parish.

It is also important to note that a Neighbourhood Development Plan will not give us carte blanche to block development of any kind. Our plan must ultimately be in compliance with Cornwall Council’s Local Plan. The important principle though is that our plan will enable us to have a say in how the Local Plan is implemented and it will give our views the force of law. It will also protect us from developers who may wish to take us beyond the development envisaged within the Local Plan.
Posted by Stephen Richardson at 02:24 2 comments: