UKIP at it again! 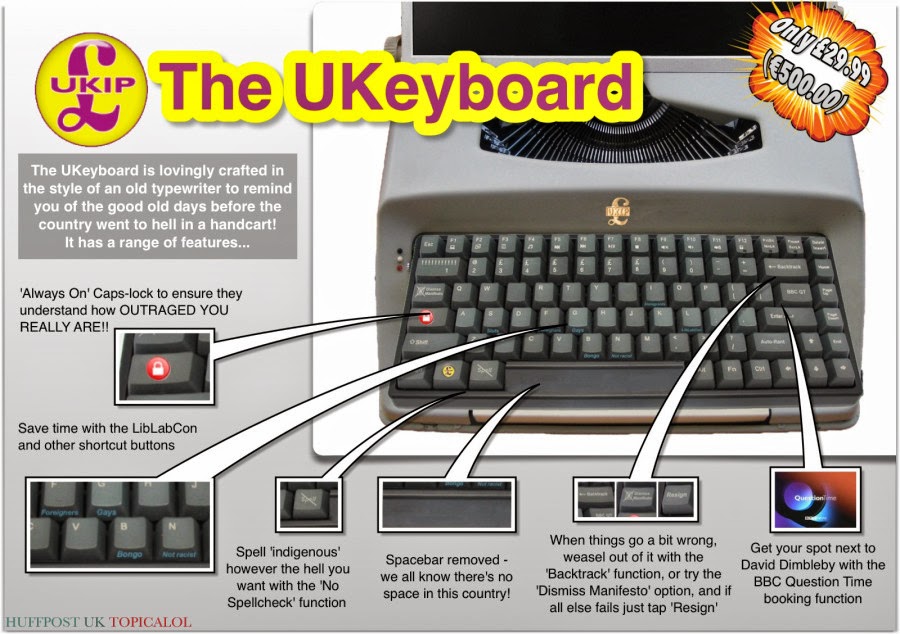 I attended the start of the meeting but was unable to stay for the entire thing as I had a different engagement at 7:30pm.

The UKIP PPC for Camborne, Redruth and Hayle, Robert Smith, began speaking at around 7:05pm. I left around 7:20pm so I caught around 12 - 15 mins of Mr Smith's speech.

A good two thirds of what I heard was rebuttal of the recnt bad press that UKIP have received as the media begin to examine their (lack of) policies in detail.

In particular Mr Smith was keen to point out the UKIP were all in favour of the NHS and had no plans to privatise it.

The problem with this claim is that David cameron 'had no plans' to raise VAT - yet that was what happened within weeks of him becoming Prime Minister.

Mr Smith pointed to what Nigel farage had said recently about the NHS. Conclusive proof that UKIP are solidly behinf the NHS! Thing is Mr Farage keeps changing his mind on the NHS - torn between his natural tendency towards privatisation and his knowledge that this tendency won't do UKIP any favours in the polls. At the same time the UKIP message on the NHS is a shambles with all sorts of spokespeople saying all sorts of different things.

Then the speech turned to immigration.

A background was sketched before us. We had recently had a census - the purpose of which is to aid the prediction of population trends. The Labour Party had got the interpretation of the data hopelessly wrong and immigration was massively higher than predicted. UKIP isn't against immigration at all - we should have a points system like many other countries (none of which are in the EU and enjoying the economic benefit that it brings mind you). UKIP is simply about restricting immigration for economic migrants.

So, it would seem that wealthy immigrants or perhaps immigrants with skills that would command a good salary would be welcome while poorer ones should not be allowed. OK that kind of makes sense if you're a right wing pub politician.

But then came the killer blow for me and the point where I got up, thanked the speaker and left for my other engagement.

The link between immigration, following the build up and scene setting and you could see the finished painting as far as housing goes.

In Cornwall we are having to build 47,000 houses because we will need to accommodate economic migrants from Eastern Europe.

So wrong on so many levels!

What would be the point of  building houses for the immigrants that UKIP want us to stop? They come from countries where the economy is more like ours in Cornwall. If our people in Cornwall can't afford the ridiculous number of houses that will be built here then I'm certain that the mythical 'many' economic migrants from Eastern Europe won't be able to!!!

What would be more likely is, if we accepted the UKIP spin on immigration, and welcomed the wealthy immigrants with open arms, then, of course they would be able to afford our houses and force prices even further out of reach than they are already.

The truth is that we are building houses in Cornwall - not to address local need in any way, but to accomodate people moving to the Duchy from wealthier parts of the UK or wealthier people from outside the UK.

How much longer will we allow UKIP to scapegoat the poor and disadvantaged for the excesses of the bankers and 'city' finance moguls and to lay a blaket of blame for every ill in society on Europe and immigration.

MK PPCs in the spotlight 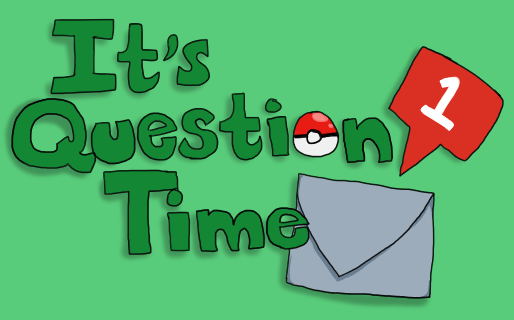 The Mebyon Kernow Spring Conference will be held at The Shire House Suite in Bodmin on Saturday 21st March 2015.

The conference will be all about drilling down into the new MK manifesto.

As part of this the afternoon will see a 'Question Time' style debate featuring four of the party PPCs - Cllr Andrew Long, Cllr Dr Loveday Jenkin, Cllr Rob Simmons and me!

Members of the party and the public in general are invited to submit questions to be put to the PPCs. If you have a question then please email it to membership@mebyonkernow.org - or leave a comment here.

The conference is open to the public so even if you're not a member why not let us know that you will be attending and, if selected, you can ask the question for yourself.

Please note - no 'trolling' will be allowed! This is a genuine opportunity to ask MK about their policies and outlook but it won't be a forum for trolls. 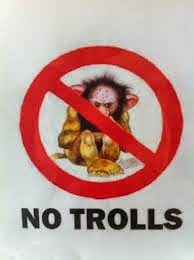 Posted by Stephen Richardson at 02:46 No comments:

How embarassing for 'Cornwall [sic] Labour' 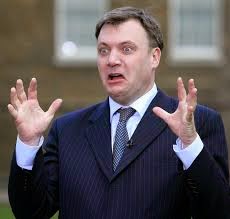 How embarrassing for Hannah Toms and Candy Atherton!

At the end of last year the Western Morning News published remarks by Candy Atherton, which were publicly supported by Hannah Toms, the Labour prospective parliamentary candidate for Truro and Falmouth.

Basically Cllrs Atherton & Toms claimed that you wouldn’t find anyone on the doorstep that supported the idea of a Cornish Assembly. Instead we were exhorted to support the failed and discredited Labour policy of regional assemblies – where Cornwall would form an anonymous part of a South West English region stretching up to Gloucestershire.

So how does ‘Cornwall [sic] Labour’ deal with the remarks from Ed balls in Camborne just a few days ago. Apparently the Labour Party made a great mistake previously and devolution to Cornwall is actually just what the doctor ordered. Is there an election coming up or something?

Shame that he didn’t tell Cornwall Labour how the wind was blowing just a few short months ago? But then why should the Labour party be any different to any other Westminster party in treating Cornwall and its people with utter contempt and disregard?
Posted by Stephen Richardson at 11:08 2 comments: 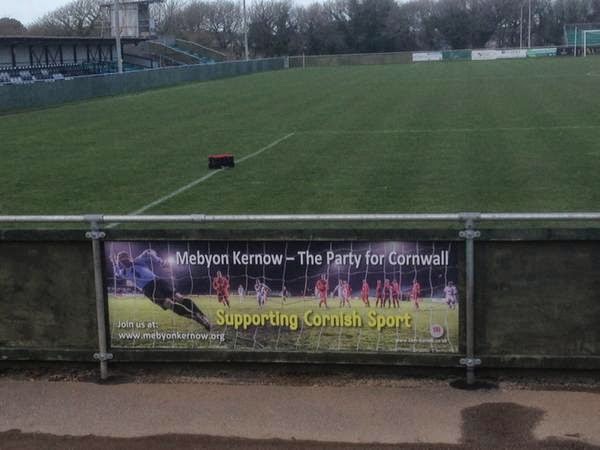 Today Rod Toms (chairman of the Truro and Falmouth branch of MK) and I were invited to officially 'unveil' the new MK sponsor's board at Truro City Football Club.

At our annual conference last November the Truro and Falmouth branch submitted a resolution concerning the development of sport in Cornwall which was accepted by the members and which has become MK policy.

At a time when most political parties will be hoarding their funds in order to be able to spend massive amounts of money on election materials, Mebyon Kernow prefers to put its money where its mouth is and to make a real effort to support sport in Cornwall.

Mebyon Kernow is the Party for Cornwall.
Posted by Stephen Richardson at 10:44 No comments: 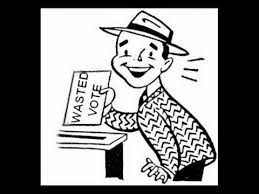 We've all heard it haven't we?

A vote for Mebyon Kernow will let the Tories in. Only the Lib Dems can stop the Tories here.

If you vote MK then we might not get a Labour majority to stop the Tories.

On the face of it, if you don't like the idea of another Tory government (and let's face it you're in a big majority as 64% of voters did not vote for a Tory government in 2010), this sounds like a powerful argument. But is it?

I would say not - several reasons.

First of all, this type of rationale, if followed to an ultimate end would lead to a two party state - like in the USA. Ultimately we would end up with a choice of Labour or Tory because to stop one winning you would have to vote for the other. This is what has happenned for many years in the UK and it is one of the reasons that we generally have such low regard for politicians now. We have no real choice. We have to vote for one to stop the other - elections are polarised and in the end both parties end up with career politicians who are simply there to ride the gravy train while it's their turn - and to ensure that wealth and power are transferred, in ever increasing amounts, to the already wealthy and powerful.

Next - it's blatantly not true! Look at the 2010 election. Every Lib Dem leaflet was filled with -  'You have to vote with us or else you will get a Tory government.' ... and we all know how that worked out don't we?

If you vote for a smaller party in a positive way then what might happen? Well, ok the party you most dread might get an additional MP. But, let's face it, the Lib Dems are finished now as a major UK political force. They are no more likely to form the next UK government than Mebyon Kernow. They will have a handful of MPs come May and will have no say in how the UK is run. The SNP will have a more powerful voice at Westminster than the Lib Dems.

This means that if you vote for a Lib Dem and we elect Lib Dem MPs in Cornwall, Cornwall will have no inluence in government - period. Far better to send a strong message to Westminster that Cornwall is ready for greater autonomy and will demand a far greater voice in how we are governed.

If you vote for Mebyon kernow then you are sending this message to London. The only way to achieve real change in Cornwall is to make it abundantly clear that we say 'A plague on all your Westminster houses' - otherwise it's just Westminster business as usual for another five long years until the same old tired arguments are trotted out for the next general election.

What I am saying is - it really doesn't matter if you get a Tory MP instead of a Lib Dem. The effect will be the same anyway. In the meantime why not take the opportunity to send a positive Cornish message to Westminster?
Posted by Stephen Richardson at 07:30 1 comment: