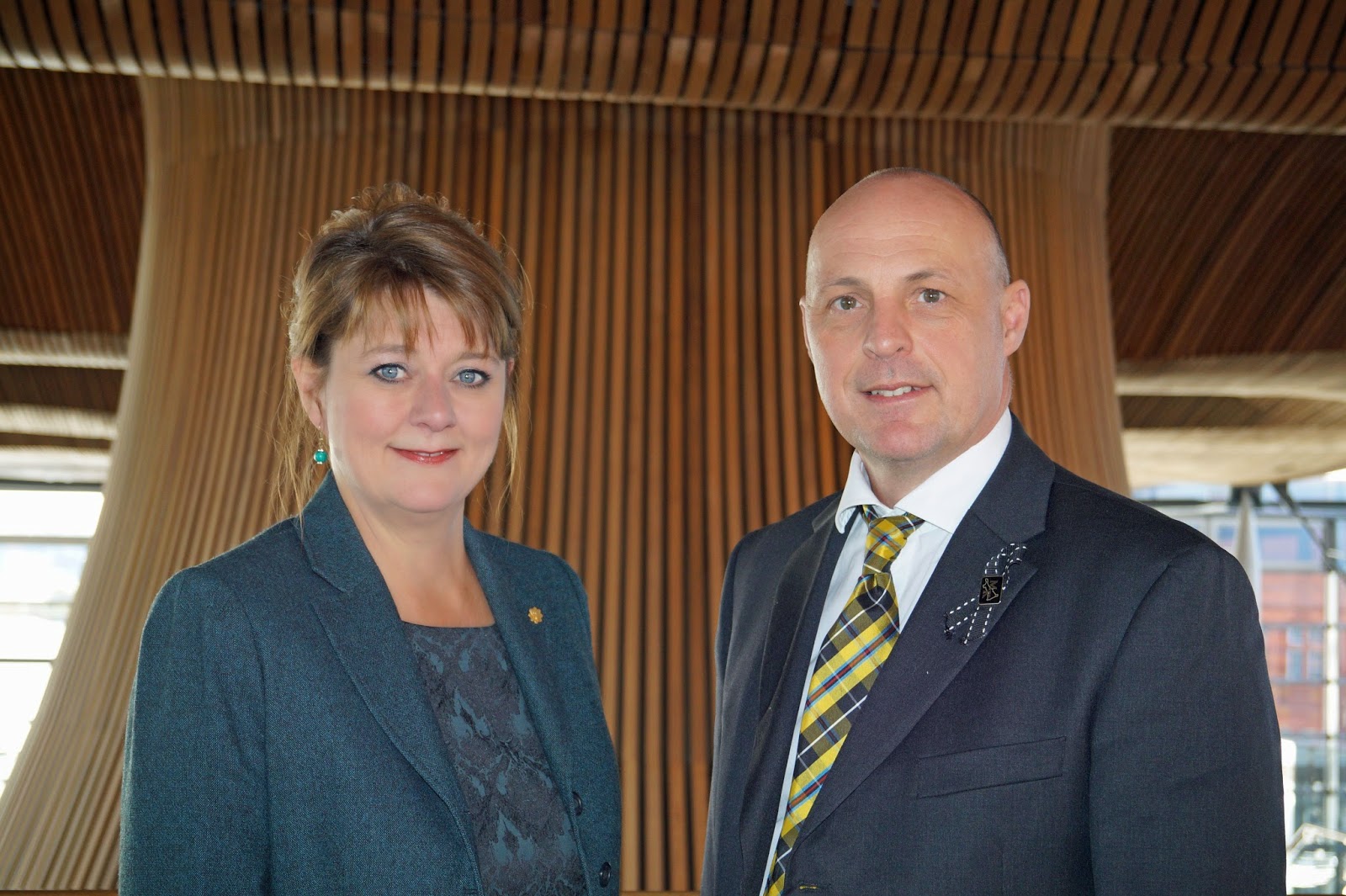 Earlier this week I travelled to Wales with my son Jack and Cllr Rod Toms.

We went to visit the Welsh Assembly or Senedd in order to see, at first hand, how a national devolved government works in practice.

It was an extremely informative and interesting trip.

We started with a tour of the Senedd building with explanations of how the Assembly functioned and what the roles of the various bodies were. The building itself was magnificently designed with a theme of openess and transparency running through it.

Following our tour we met with Plaidd Cymru AMs in the Plaid offices and had an informal lunch with Leanne Wood, the Plaid Cymru leader along with several members of Plaid's Assembly staff.

Next up was observation of a Plenary session - the Welsh government being held to account by detailed questions to its Ministers.

The next morning we observed committe work - the nitty gritty of law making and refinement. It was good to see Plaid Cymru AMs making valuable contributions to new legislation.

The difference between national government and local government was clear and obvious. Just in the few hours that we were able to observe this was very apparent.

For example, freed from the restraints on the 'English' model, Wales has achieved the fourth highest recycling rates in Europe - with national frameworks encouraging local government to look to push rates into the 60s. meanwhile in Cornwall rates are in the doldrums in the 30s.

The trip was a great success. We have made new contacts and renewed old friendships and reinforced tour understanding of the differences between local and national government.


“It was a pleasure to meet Stephen Richardson during his visit to the National Assembly of Wales in Cardiff.
“There are many close links between Wales and Cornwall and between Plaid Cymru and Mebyon Kernow. Plaid Cymru offers solidarity with their campaign to gain an Assembly for Cornwall so that people there can take more control of their destiny and work to improve the lives of the people of Cornwall.
“I send Stephen and Mebyon Kernow best wishes from Wales for the forthcoming General Election campaign. Mebyon Kernow intend to present a positive case for change in stark contrast to the negativity and lack of ambition from the establishment Westminster parties.”
Posted by Stephen Richardson at 04:14 No comments: