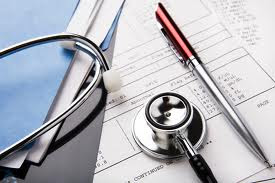 The coalition seems determined to press ahead with major disruption to the NHS despite criticism of the reforms from numerous healthcare experts including bodies such as the Royal College of General Practitioners. The reforms will see GPs and private healthcare firms competing for patients with GPs being responsible for buying in care for their patients.

GPs will have to become managers as well as doctors. Business interests will ultimately be competing with the provision of the best possible patient care.

This reform will result in the biggest reorganisation of the health service during its 60 years of existence – while at the same time £20 billion is being cut from the health budget. The new legislation is a charter for disintegration of public health provision, mismanagement of vital patient care and is open to exploitation by unscrupulous private firms. Labour’s insistence on PFIs for public services has been shown to be bad for the public purse and services. This reform which is based, not on clear evidence but on selective statistics, will follow the same pattern.

The third reading of the Bill takes place after Easter.
Posted by Stephen Richardson at 05:11