Why is MK entering the PPC election? 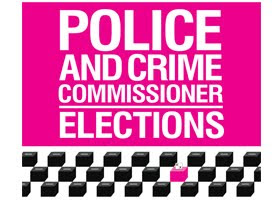 It will cost well over £5000 to enter the Police and Crime Commissioner election in 2020 - why would MK waste that money?

"Police and crime commissioners (PCCs) are elected representatives who oversee how crime is tackled in a police force area. Their aim is to cut crime and to ensure the police force is effective."


In 2012 the turnout for the election of this august office for Devon and Cornwall was a mere 15%. By 2016 this had risen to 22%. In other words people care even less about this election than they do about local council elections!


Yet despite the 'non-entity' status of this election (and the £5000 deposit required to enter the farce), MK is adamant that it is a good idea to take part. Why might this be, and do MK have a chance of winning - or even saving their much needed cash deposit?

Why would MK even contemplate risking so much cash, not just the £5000 deposit, but all the campaign materials as well?

First of all - does MK have any chance of winning this election? Of course you can't absolutely prove something like this in advance so its impossible to say that MK has zero chance of winning the election - but I don't think any sane person would stake anything of value on such a bet. There are all sorts of reasons why MK are rank outsiders to win this election.

Well can MK at least get enough votes to secure its £5000 deposit - at least that would be a worthwhile effort and save what is a massive sum for a party which only managed to fundraise £300 in 2016. Again, as we will see, even this would be a massive task.

Can MK gain publicity from the campaign? This is very doubtful because nobody, including the media, gives a damn about it. If you want publicity - use the £5000 on a public relations media campaign - it would be money much better spent.

It seems highly unlikely that MK will win the election, beat a big Westminster party, save its deposit or get value for money publicity from this election.

But why is any achievement in this election going to be so difficult?

The election takes place with an electorate from Cornwall and Devon. This means that only one third of that electorate will be residents of Cornwall.

Michael Bunney is the MK candidate. In his speech at the last MK conference, he pledged to campaign across all of Cornwall - no mention of Devon. MK will not even be actively campaigning with two thirds of the electorate in mind. Even the message of Michael's campaign is (quite correctly for MK) going to be Cornwall focussed - so why would anyone in Devon even be remotely interested?

Does MK have any 'background' appeal whatsoever outside of Cornwall? It seems highly unlikely that the level of support for MK in Devon would be anywhere near the level in Cornwall - and even that is horrendously low for Cornwall nationally. On top of this Michael's campaign is going to specifically focus on Cornwall. It's hard to see how MK could pick up even 1% of the vote in Devon.

Let's look at some figures.

In 2015 in the general election MK polled 2% of the vote. That is bad enough - but if you take out Dick Cole's personal result of over 4% then the average drops to well below below 2%. On a good day the background vote for MK in Cornwall would appear to be somewhere between 1% and 2% probably closer to 1%.

So is there any chance at all that MK might achieve something from this election?

Well, let's look at the optimistic arguments for taking part.

MK's best recent electoral achievements to date, in national elections, are Dick's parliamentary results. Excluding 2017, which MK  didn't enter at all, in the two general elections 2010 & 2015 Dick achieved over 4% of the vote. Let's set a target of achieving 5% to save the deposit and beat the previous best. As we have seen this is a big ask, but we are being positive and if MK did achieve this it would be something to shout about and, maybe, grab some media coverage.

In 2016 the total votes cast in the PCC election were 294120 of which 74648 were in Cornwall. Let's assume similar figures for 2020. 5% of the total would be 14706 - this is the minimum target number of votes that MK would need in order to claim some sort of success in this election.

MK will not be campaigning in Devon and will have a Cornish-centric campaign so to be very optimistic let's allow that MK gets 1% of the vote in Devon. That would be 2165 votes which leaves 12541 votes to be found in Cornwall - this would be 16.8% of the Cornish vote.

So the task ahead of MK is to go from a national Cornish average of around 1.5% of the vote to 16.8% of the vote. Quite a mammoth task given that this is a national average - across all of Cornwall. It is not a single parliamentary constituency never mind a Cornwall Council electoral district that we are talking about.

Could MK achieve this?

There might be some factors that could work in favour of a determined and focussed MK organisation.

For example, the election is extremely low key. The big parties might not focus on it as much as other, higher profile elections. This could give MK an advantage to use.

Also the nature of the election might mean that voters would be more willing to go with less well known parties and independents for once as it wouldn't matter so much if their normal political party choice didn't get elected.

Similarly, this could be an ideal election for the protest voter to abandon the bigger parties.

Finally, although MK will undoubtedly be outspent by the bigger parties at least they have one resource in equal amounts - time.

So yes, there are circumstances which MK might use to advantage - the question is will they?

To be honest it doesn't look as if MK are living up to the claim to focus on this election and make a big thing of it. We are now probably about 12 months away from the election and MK has already squandered a lot of the one resource that it had - time. What campaigning has MK already done. How many leaflets has MK delivered in order to get the electorally crucial 'name recognition' building up? How many press releases or publicity stunts has Michael created that set out his vision for policing or get his campaign noticed?

And what of money, has MK been busy raising funds to build the substantial war chest needed to compete - never mind the initial £5000 deposit?

Is there a strategic plan in place to target selected voting areas and reach the 12541 vote target for Cornwall?

Somehow, unfortunately, I doubt it.

I really, truly hope I'm wrong - but I just can't see why all the talk this time will be any more productive than all the talk on previous occasions.

Posted by Stephen Richardson at 01:58