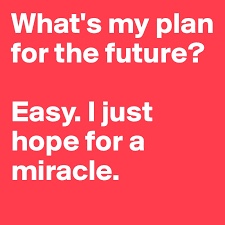 Several weeks ago, before the referendum, I contacted MK and let the party know that I no longer wished to have an active campaigning or administrative role with MK.

I have shared my views and opinions, concerning the referendum result, on social media and I am being responded to as if I am still a spokesperson for MK. In fairness to MK and to myself I think it is best that I make it absolutely clear that this is not the case - I do not represent MK in any way.

I reached my decision to step back from active involvement with MK because I don't believe that it is focussed enough on being a political party and winning elections.

When I moved to Cornwall, eight years ago, I had no interest in politics. It was only through living here, and trying to embrace what is here rather than change it, that I became interested in politics.

I remain passionate about the strength of the case for Cornwall to have a devolved government of its own and that has always been my main motivation in becoming involved in politics. But I think that this can only be achieved by persuading enough people to actually vote for this in an election and MK simply doesn't focus on winning elections.

I don't wish to be critical of MK. I remain a life member. I know that MK has achieved many great and good things for Kernow. I know that MK councillors are individually well respected because they work untiringly for their communities. This can be seen in the outstandingly high number of votes that sitting MK Cornwall Councillors receive to be re-elected. The problem is that I think these champions for Cornish communities are being elected despite them being members of MK rather than because of it.

There are too few members who are able, or prepared, to do the hard and long term work that is necessary to win elections. There are too many who expect their ideas to be actioned by someone else rather than committing to the hard work themselves. Ideas are easy - it is putting them into action that is difficult.

I will never join a Westminster establishment party - their leading members are motivated first and foremost by their career opportunities. They use serious social issues as political footballs in a game to enrich their career. I don't want to be a career politician - I just want to see an assembly for Cornwall in my lifetime.

To my friends and colleagues within MK - I hope we can remain friends. I wish you the utmost success for your goals and ambitions and I pay respect to your hard work and passion.
Posted by Stephen Richardson at 04:42