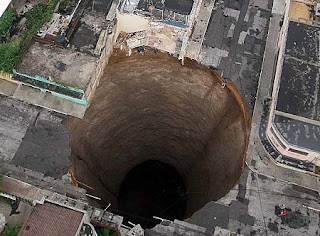 It seems the only plan that the Cornwall Council cabinet and planning officers can come up with for economic regeneration in Cornwall is to build more houses.

It's bad enough that the figure that is being bandied around is 48,000, in fact it is likely to end up a lot more.

Why? Well let's look at what Cornwall Council says.

First of all the 'target' is a MINIMUM of 48,000. If this figure is simply a target why not just say 48,000 - why do you have to say a minimum of 48,000. It seems to me that this is the sort of hidden agenda language that is used when there are secret plans to do something different - such as 'we have no plans to raise VAT' in a an election campaign and then do just that within 6 months.

Perhaps I am being paranoid or overly cynical? If I am why did the council publish the 'Can Do Cornwall' strategy which claimed that Cornwall could build 30,000 houses in just 10 years.

I would be willing to bet a pretty hefty sum that if the people of Cornwall don't stand up and tell the council to 'bin the core strategy' then we will be looking at more than 60,000 houses being built in Cornwall over the next 20 years - back to the bonkers 68,000 target of the last Labour government. Does anyone want to bet against me?

Last Friday, at the Trelawney Alliance public meeting, George Eustice (Tory MP for Camborne, Redruth and Hayle) proudly declared that there were "three whole pages of the Core Strategy document devoted to job creation". So three pages of the Tory plan about jobs and 25 about housing - about right for this nonsense approach to Cornwall's future.

Even allowing for this pitiful lack of joined up thinking between increasing population without making adequate provision for job creation, the way that the council calculates it's new jobs is laughable.

Take the East-West road about to be imposed on Pool and Camborne to provide the infrastructure for new houses.

It is claimed by planning officers that the provision of a certain amount of hectares of commercial/industrial land space will mean that a certain number of jobs will be created.

This is utter nonsense. Merely providing the infrastructure and capacity for places for people to work does not create jobs - it takes more than simply building industrial units and 'innovation centres' to create jobs.

The planners point us to the recently completed Pool Innovation Centre as a beacon of what can be achieved.

Now don't get me wrong. I think that the Pool Innovation Centre is a good thing for Pool and for Cornwall. It provides Cornish businesses with state of the art facilities to ensure that they can compete with the rest of the world. This is crucial for a modern, forward-looking Cornwall. However, I would say that it has not created any more than a few jobs, mainly needed to administer the centre. We are told that the centre is over 80% full and that 300 jobs have been created by the businesses working there. My question is - how many businesses already existed before the centre was built and simply transferred there? Or - how many businesses actually set up just because there was the facility available to occupy? Is it really 100% as we would be asked to believe.

Basically the Council's plan and strategy for job creation is to build lots of places for businesses to occupy and then count anyone that transfers their business place to the new premises as creating new jobs.

You only have to drive around some of the half empty industrial estates in Cornwall to see that this isn't going to work.

Of course the only solution in twenty tears time will undoubtedly be to build more houses to stimulate growth .......
Posted by Stephen Richardson at 11:03