The Incinerator - Already a Costly Dinosaur 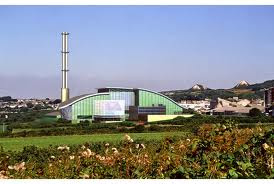 Many thanks to STIG and the Cornwall Waste Forum for the hard work and dedication that they are showing on behalf of all of the people of Cornwall.

The Court of Appeal decision today is far from the end of the road and STIG has vowed to carry on the fight against the economic and environmental disaster that is the planned incinerator for St Dennis.

A big thankyou to Rod Toms - MK parish councillor, environmental expert and STIG campaigner for his 'guest' contribution to this blog.

"The rocky road to building an Incinerator at St. Dennis just took another twist. It was initially thrown out by democratically elected Councillors at Parish, District and County level, but was resurected by the Public Inquiry Inspector. It was sunk in the High Court, but today was dragged up to the surface again by the Lords of Appeal who found in favour of the developer, Sita.

However, this is far from the end. The legal team for Cornwall Waste Forum who are opposing the Incinerator are seeking leave to challenge the decision in the Supreme Court on a matter of law and also seeking an injunction to stop building work from commencing. If this is unsuccesful, their QC will take the matter to the European Courts.

So why is this challenge so important? Well, we will be lumbered with a cross between a White Elephant and a Dinosaur that will cost Cornwall over £150 Million. The technology is dirty and out of date, and by the time it starts to burn waste the amount of feedstock being generated by householders will have fallen so low that it will be uneconomical to run. This will mean that waste will be trucked into Cornwall from up country at a huge profit to Sita, when we (the Tax Payers) have paid to build it. It will still leave many thousands of tons of toxic fly ash to be dumped in Gloucestershire and other ash to be dumped locally, so the landfill sites will still overflow.

Mebyon Kernow believe that the way forward is to embrace and fully commit to new technologies and recycling processes which will make it possible to achieve a Zero Waste policy. This means sorting the waste and using the food waste to drive clean simple Anaerobic Digesters which produce energy and compost. There will only be a tiny residue going to landfill.This whole process will cost less than a third of an Incinerator and generate millions of pounds through the sale of recycling.

MK looks to empower our innovators. We argue for the laying of foundations for the new industries to invest in sustainable processes and to generate the economic advantages to lift Cornwall from the bottom part of European poverty tables"
Posted by Stephen Richardson at 09:01