Do we want a stadium or not? 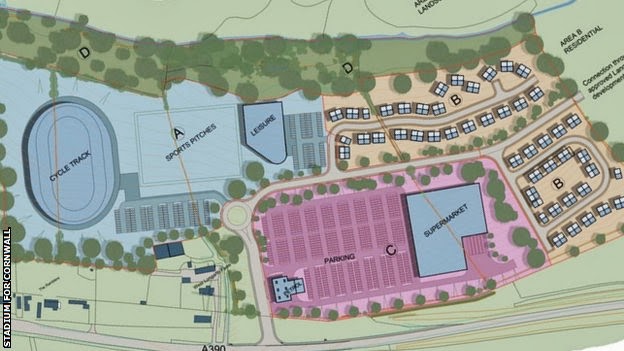 Do we want a stadium or not?

This is the question that we need to answer before we can move on from the endless controversy and political shenanigans that seem to cycle around every few months.

It is abundantly clear that a stadium is not a clear-cut money-spinning business proposal - so how can we ever hope to leave it to the private sector to build?

If we can't leave it to the private sector then should we fund it from the public purse? This is the question that we need to answer once and for all - otherwise we will be having the same old - same old debate every few months ... and more and more green fields will be under pressure as continuous false promises are made in order to raise hopes that a stadium might happen.

We need to have the debate and see if there is a consensus of the people of Cornwall that a stadium is a good thing. This is a mandate that needs to be established clearly.

Personally I think that we need to develop a public/private partnership. A partnership which would allow us to reduce both the capital and ongoing costs of a stadium.

A stadium would, in my opinion, bring many benefits for Cornwall - this is why we need to (at least partially) fund it. Once built, running costs could be off-set by the revenue that would be generated through its use. Perhaps we would need to subsidise it. maybe if it was a tremendous success it would actually earn money that could be invested into developing Cornish sports even more.

The point is - are there enough people who agree with my broad way of looking at things or am I in a minority. If I am in a minority then democracy would dictate that we put an end to the debate and stop the developers using a stadium as a bribe to allow more private profit.
Posted by Stephen Richardson at 05:02