Reviewing remuneration - but what about perusing performance 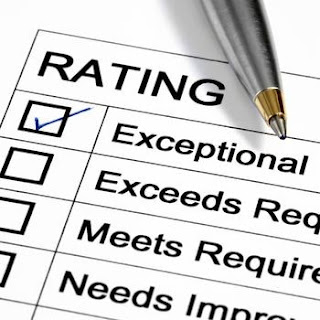 At the full council meeting tomorrow (Tuesday 17th Jan) councillors will be asked to approve the convening of the Independent Remuneration Panel (IRP).

It will also be proposed that the council adopts the position of calling for a legally binding statutory independent review system to be created.

This current council has a record of voting against awarding themselves pay rises and as a consequence councillors have seen an effective decrease in their allowance of some 24% compared to what it might have been if previous independent recommendations had been accepted.

Of course the matter of how much politicians are paid is an issue which can become very emotive and it is easy to see why councillors would vote against giving themselves a pay rise.

One of the reasons given for convening the IRP is to asses the remuneration of councillors following the 2013 elections - thereby removing the need for them to have to do it for themselves and be put in the same position that the current council has been. This would also provide up to date information for potential candidates in the 2013 elections.

I believe that a completely independent review process is essential for good governance.

One problem that adds to controversy surrounding how much councillors are paid (and who decides it) is the dichotemy between councillors doing the job as a public service and the need to attract people capable of performing what can be a very technically demanding role which can have a massive impact on personal quality of life.

Although it may be very commendable for the current councillors to vote themselves an effective substantial pay decrease over the term of the council's life is this actually good for Cornwall?

Look at the make up of the council and (without any intention to be rude) you will see a lot of middle aged and retired people. This is because people who are retired, or have reached a position in their career that they can afford to take time off from work, are more likely to be the sort of person that has the financial security and time that this brings to be able to put something back into the community.

If we want a council that is more in touch with real life in Cornwall isn't it about time we made it possible for a wider diversity of people to consider standing for election? We need to encourage people to stand who want to contribute to public life but are not able to because of financial reasons.

As I understand it (and in very simplistic terms), when allowances are reviewed the review is based on looking at what councillors are required to do at a basic level to perform their role satisfactorily. This is converted in hours which can be translated into a monetry remuneration.

As I see it there is one big problem with this approach. Not every councillor is 'average'. Some councillors do a massive amount of work above and beyond what has been calculated that they need to be doing. A few councillors seem to do a lot less and are able to claim exactly the same allowances for simply turning up to a few meetings every year. This situation can't be right and is surely not good for Cornwall.

We need to pay councillors more for performing a very demanding role in society - but we should expect to scrutinise whether the people we have elected, and entrusted with that role, are actually doing what they were elected to do.
Posted by Stephen Richardson at 04:31