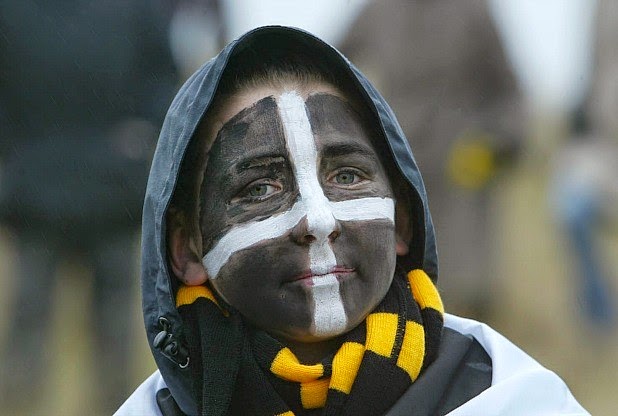 You have finally been awarded the recognition that you all already knew that you deserved through inclusion by the UK government in the Framework Convention for the Protection of National Minorities.

Congratulations also to the team effort of Cornish campaigners everywhere over many years.

The effort to give Cornish people officical recognition has been a team effort with many and varied contributions - a team that Mebyon Kernow has been proud to be a member of.

Special mention might be made of John Angarrack who campaigned tirelessly for recognition for many years. Also to Ian Saltern who has written two reports on behalf of Cornwall Council which has enjoyed cross party support in their representations to Westminster. Also the Celtic Kernow Branch which has picked up the baton more recently in organising a campaign of writing letters to MPs.

Thank you to the Liberal Democrats. There are many genuine supporters of the Cornish cause amongst their ranks - it is just a pity that, instead of celebrating a team effort victory, their press releases and some individuals seem to want to turn this victory into a party political point scoring exercise.

Questions will now have to be asked of UKIP. Many local members of UKIP seem to disparage the decision to recognise the Cornish although one UKIP MEP gives his full support. As usual with UKIP - no comprehensive or cohesive message. it is impossible to tell what is the official partl line and what is the usual rogue member nonsense.

Questions will also have to be asked of local MP Sarah Newton. Even very recently she was campaigning hard against Cornish recognition. You would have thought that her bosses in Westminster would have let her know which way the wind was blowing before she was so categorically scathing of the idea - so much for our Cornis MPs being 'at the heart of government'.
Posted by Stephen Richardson at 05:56