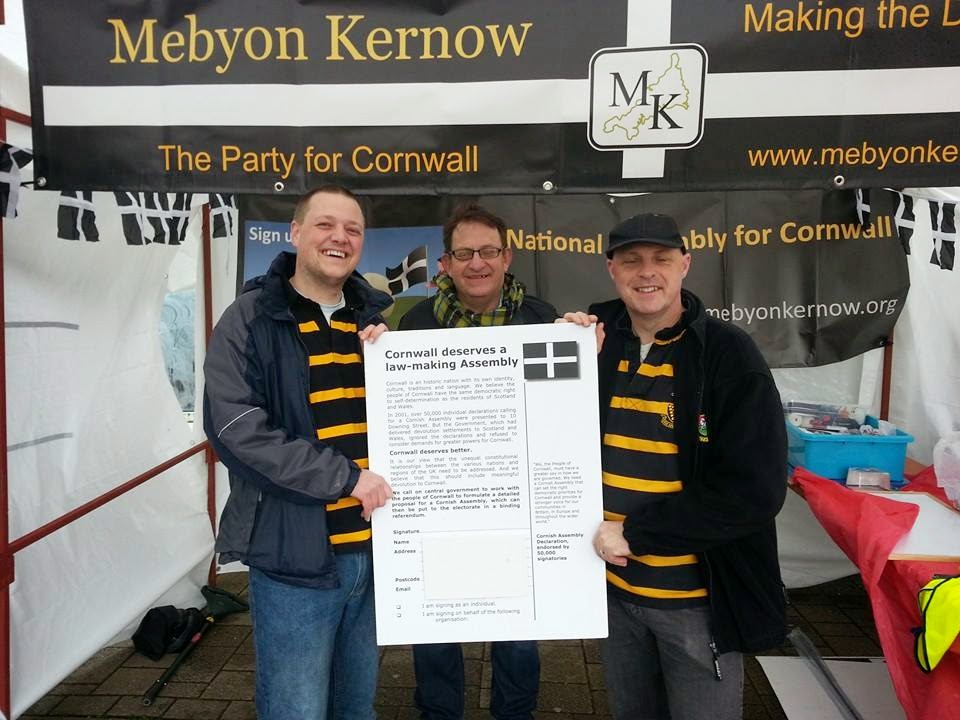 Close on another 300 signatures added - thanks particularly to some sterling work by Cllr Alan Sanders.

Lots of tallk about natonal minority status and lots of resolve to take the next step forward towards a National Assembly.

Many thanks to all of our activists who made a sterling effort in unkind weather and to the people making new declarations in support of an Assembly.
Posted by Stephen Richardson at 01:22